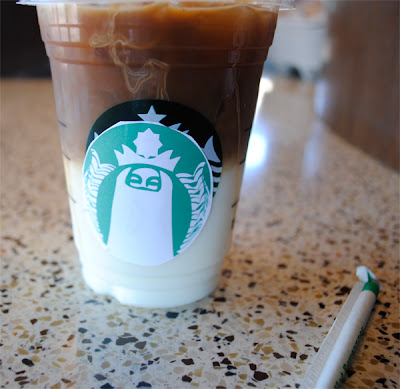 Finally, I got a chance to put my kids to bed early so I could work on my logo during the first few days of spring break. The image above is the finished result. It's not as exact as I'd like, but I was working with a deadline and given this was my first go at Illustrator, I don't really feel like being so hard on myself. I  committed early on to heisting the Starbucks logo and as I sat in the lab the first day, I came up blank. I had no idea what I was going to do with it. I was doing some very casual research on anything Starbucks-related and came upon an image of an alternate logo used in the Middle East, namely in Saudi Arabia. The siren is omitted altogether, leaving stars within the circle, floating on water.


It got me thinking about cultural differences, how figures are not depicted in Islamic cultures, a longstanding tradition which has led them to become masters at calligraphy instead. Anyway, I thought, why not keep the siren and clothe her? And that's when I knew I should cloak her in a burqa! With all the scantily clad female figures found in American media, this was definitely a statement. 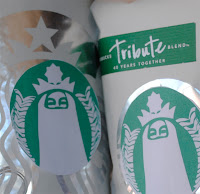 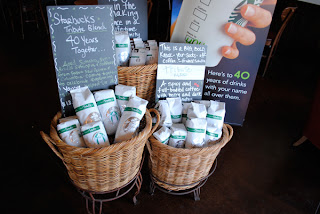 My logo features a figure fully clothed, allowing only a glimpse of the figure's eyes. Instead of a five pointed star, I used an eight pointed star, which is associated with Islam, though Islam does not have any official symbols.  On what used to be the siren's two fins alongside her, I typed in the words, "Allah says: This is Art." Originally I wanted the text to be clear enough to read, but I couldn't figure out how to do that, while retaining the shape of the original fins. I looked through tutorials and did not find anything pertinent. I took this as a sign that the text might be too controversial, maybe sacrilegious. This might be a better version, with the words distorted. 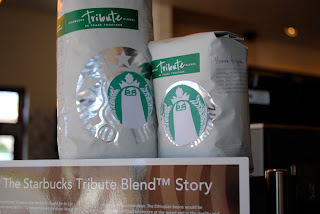 I remembered a video my brother (political activist, community leader, hip-hop artist... you know the type) posted on his Facebook a couple years back. The video featured Princess Hijab, a French culture jammer who altered subway ads by covering figures with niqabs (face coverings). 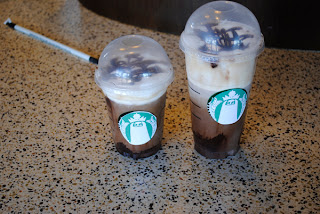 She claims that niqabs are not culturally or religiously affliated with any one group. In fact, she doesn't really say what's behind her art, only that it IS art. My logo heist project is dedicated to her. Her gumption is admirable and inspirational. I am striving to be more bold.

My best friend Cherryl, an SF State Art History grad student, was very gung ho about helping me with the actual application of the stickers at a local Starbucks. I knew she'd be into it; she's always been a rebellious, subversive type. I went about sticking them in the store and she went right in after me and began taking pictures. 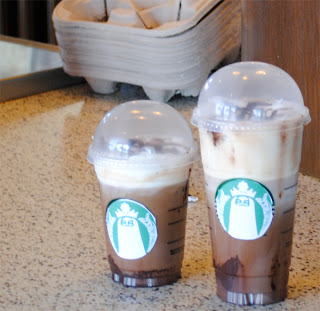 There were a lot of people around, since it was the weekend but they just looked on quietly in awe.  Good for us, they understood Rule #1-- NO SNITCHING. (That's a Boondocks reference, in case you didn't know.) I stuck a few in the bathroom (on the seat cover dispenser, the garbage can and the paper towel dispenser). Then I put stickers on some coffee bean package displays. Finally, I idly stood by the area where finished drinks are placed for customers to pick them up and I stuck them on random people's drinks by pretending they were mine, turning them around and then pretending like I was mistaken. The process was exhilarating, intense, scary and... it made me feel a bit guilty (mostly for the stickers in the bathroom. I'm sure someone's going to have to remove them once they're found.)

This project was all kinds of fun--I enjoyed every step of the process. I'm seriously considering doing this again. 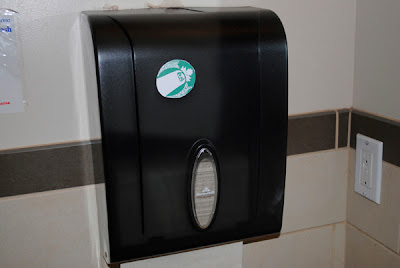 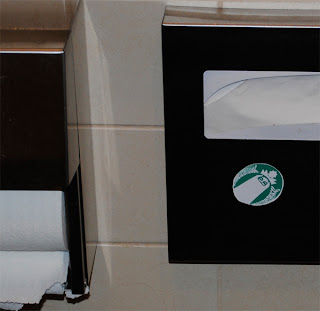 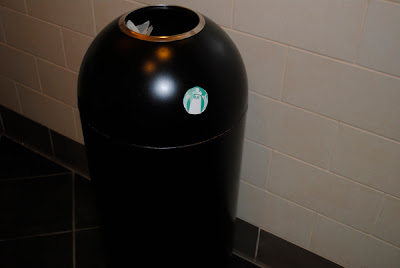 fran_ting
sf, antioch, Bay Area
i am a person. a woman. a sister. a child. a student. a feminist. a mother. a wife. a lover. a warrior. an artist. a filipino-american. a thinker. a writer. a creator.